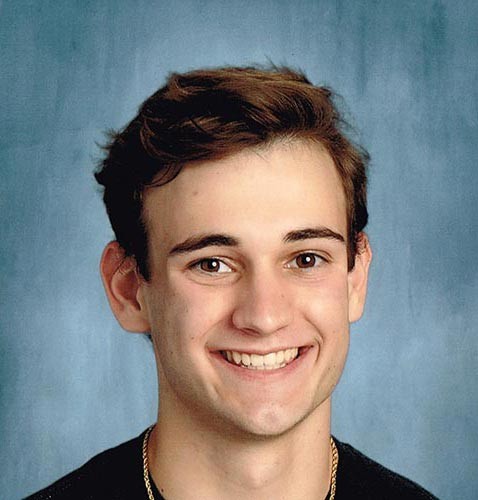 The Future Contractors Scholarship launched in 2018, encouraging students to consider a degree and career focused in the construction industry. CCIS selected 13 finalists for the 2021 fall scholarship to be voted on. The public had the opportunity to choose whose essay was their favorite. The public voting poll was open for one week, with Derek Baughman being selected as the winner of the $750 award.

Derek plans to study mechanical engineering at Texas A&M College Station. He loves STEM-focused classes because of the hands-on nature of them and the way they require you to solve problems using unique solutions. Some of his extracurricular activities include varsity gymnastics and varsity track. Also, he works as a tumbling coach, and when he can, he enjoys the outdoors by hiking.

If you know of a future contractor entering or currently attending college/university, encourage them to apply to our current CCIS Future Contractor Scholarship at www.ccisbonds.com/scholarship.

With the rapid advancement in technology, tools have gotten better, materials have become more accessible, and computers lead with communication and drafting; however, the methods in which houses and buildings are constructed have stayed relatively the same. That is, until the introduction of the QuickCut system. QuickCut is a revolutionary system controlled by an app to help minimize the time it takes to cut down materials like wood or tile for covering large surfaces. A great example of a project facilitated by the QuickCut system would be covering the wall of a room in shiplap to transform it into an accent wall. Not only can QuickCut be used for commercial construction, but the system is also designed to help the average handyman or DIYer get the job done much more quickly. Quickcut would first create a perimeter of the surface you want to cover using software like Apple's measure app. With these vital measurements, the app will calculate the area of material that needs to be purchased to cover the desired surface, adding 10% of the calculated area to account for mistakes, natural blemishes in the material, and extra to be trimmed off. Next, the user selects the exact material they want to fill the area with and determines the lay/pattern of the selected material. From here, the QuickCut software does all the hard work of determining where to cut the material to fit within the perimeter of the area and fill the space completely. It creates a model of all the pieces of material that fit together inside the user-defined perimeter (including necessary cuts) and sends the model to a nearby QuickCut saw. The automated saw then cuts the material to match the model exactly, adds 10% extra, and is then ready for the user to install. Each piece of the cut material will be numbered, and the order will include a diagram that shows where to place each piece of material using the numbers assigned to each piece. In this way, a long, time-consuming project has just been simplified to an individualized kit ready to install. Where the QuickCut system diverges between the commercial and consumer markets is that the QuickCut saws can be purchased by construction companies to use inside their warehouses or on the jobsite. The consumer market still has access to the QuickCut saws but would have to pay a small fee each time they wanted to use the QuickCut saw to cut the model created in the app. QuickCut saws would likely be installed inside chain hardware stores and QuickCut would collect a percentage of the fee set by each different hardware store chain. With a few QuickCut saws installed at each hardware store, it will be extremely accessible to the consumer market, and may even bring new customers in who do not have space to keep traditional saws. Truly, the QuickCut system would be a game-changer in both the commercial and consumer markets, saving valuable time and making projects easier for all.