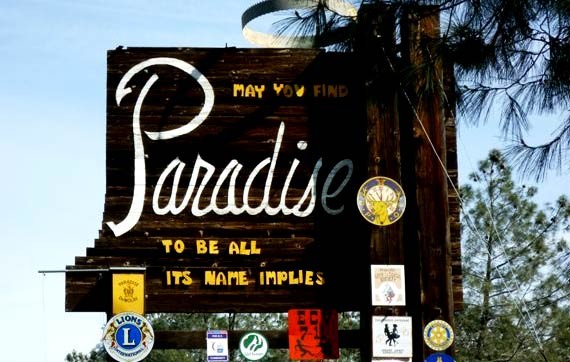 A consumer protection agency, with its role of regulating California's construction industry, the Contractor State License Board (CSLB) is responsible for protecting those whose homes and property are directly affected by California wildfires.  While the recovery operation continues in Northern California following the 2018 wildfires, there is a need for consumer protection when hiring and working with contractors, and to ensure wildfire survivors and their local agencies have the knowledge and resources they need to make the rebuilding of their homes, and communities, as pain-free as possible.

The Camp Fire was the most deadly and destructive wildfire in California's history, according to Cal Fire statistics. This wildfire broke out in Butte County, Northern California, on November 8, 2018, and burned for 17 days until 100% containment was reached. There were 85 fatalities caused by the wildfire.  Approximately 153,000 acres were burned, and more than 14,000 homes, 500 businesses, and 4,200 other structures were destroyed.

50,000 people lost their homes and sense of community, as their towns were demolished in the blaze; houses, schools, workplaces, businesses, and prospects for the future went up in smoke. In the zip codes affected by the Camp Fire, the U.S. Postal Service lists more than 13,000 households as “moved, left no address.” Thousands more have scattered across the country — some to neighboring Plumas County and others as far away as Florida and Hawaii.

According to the US Census Bureau, approximately 1,000 people live in the town of Paradise today, compared to more than 26,000 before the fire. While thousands of people had no choice but to move out of the area, there are still many who are committed to rebuilding. The people of Paradise who have chosen to stay, like some of their neighbors in Concow and Magalia, are staring down the extraordinary, if not unprecedented, task of rebuilding an entire town.

Efforts have been stepped up in the disaster area to ensure the rebuilding process will be lawful and safe. CSLB's Statewide Investigative Fraud Team (SWIFT) has partnered with the Paradise Police Department and the Butte County DA’s Office to cover the enforcement of California Contracting laws and statutes, in order to prevent unlicensed contractors from working in the wildfire area.  SWIFT teams throughout the State conduct sting operations on a regular basis, sweeping active construction sites. SWIFT also conducts joint operations with other state agencies dedicated to combating illegal construction activity.

Of course, where there is opportunity there are those trying to take advantage of the victims of disaster. To prevent fraud SWIFT executed prevention measures immediately after the Camp Fire by locally posting hundreds of signs warning homeowners of unlicensed or unscrupulous contractors who prey on victims of disasters. While it is a misdemeanor to contract without a license, it is a felony to contract without a license in a declared disaster area. SWIFT enforcement staff continues to conduct operations throughout the rebuilding process, conducting regular sweeps through the burn area, as well as ensuring contractors are properly licensed and insured.

The CSLB, in conjunction with local Butte County agencies, began a series of workshops, to help both survivors planning to rebuild, and contractors helping them do so. Survivor workshops include essential consumer protection tips, information about contractor licensing and requirements, information on insurance policy forms and issues, ways to work with an architect, local building department updates, special rules established for plan approvals and inspections, ways to prevent construction complaints, and building methods and materials to prevent future disasters.

During the initial aftermath of the Camp Fire, the CSLB also offered financial relief to contractors and licensee applicants who were among the disaster survivors. In cases where licensees lost their wall certificate and/or plastic pocket license, the CSLB waived replacement fees. The CSLB also waived delinquent renewal fees for affected contractors. License applications were also expedited for those seeking to obtain permits and work in the disaster area.

To aid in the permitting process, Butte County Development Services has designated the meeting room of the Paradise Branch Library as a local permitting office,providing building permit assistance to returning Paradise residents and their contractors. The town of Paradise issued its first building permit in March 2019, and is now on track to receive 500 building applications by the end of the year. Initially, the permit office expected to receive about 200 applications by December 31st, but stronger than expected interest in rebuilding has surpassed projections. As of this post, 7,994 lots have been cleared of debris and certified clean and ready to rebuild. Out of the 388 building permit applications received, 233 have been issued and 155 are in plan check, according to Action News Now.

The first home rebuild was completed in July 2019, and projections for the future are to have 10,000 houses built over the next five years. Many facets of the rebuilding process will rely heavily on aid from local municipalities and community funding to provide lower costs and financial help. A few examples are listed below:

There is still a long road ahead for the rebuilding of Paradise and surrounding areas. Of course it will never be the same, but the community is resilient and willing to create a new Paradise to call home.

As the anniversary of the Camp Fire is upon us, California is now in the throes of a new fire season with 15 current active fires - the largest being the Kincade Fire in Sonoma County. Once this season’s fires have been contained, as in Paradise and Butte County, the CSLB will be there to partner with the communities of the disaster areas to aid in the recovery and rebuilding process for the property owners, home owners, and contractors who are ready to rebuild in California.