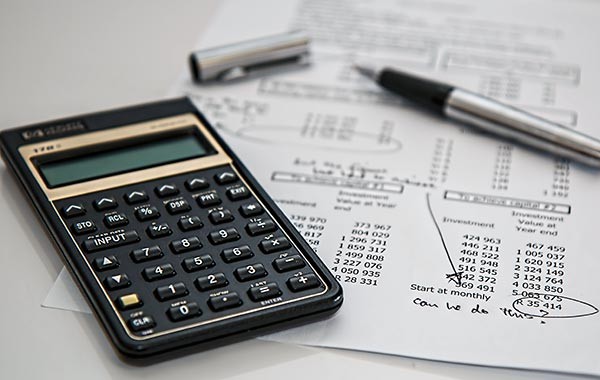 The cost for everything is increasing: housing, food, gas, you name it. If you are a contractor in the State of California, your licensing fees are also about to increase . As of December 3rd, 2019, the Contractors State License Board (CSLB) has issued a Notice of Intent to File Emergency Regulations for a 12% increase in license renewal and inactive license fees.

The proposed fee increase was first mentioned back in September, when the CSLB Board held their quarterly meeting. At this meeting, the agency’s $3 million budget deficiency and actions to fix it were discussed at length. The CSLB is unique as a state entity in that it is financed through application fees, renewal fees, and fines or violation penalties, and not through the State General Fund. Because of this, any unforeseen changes in the above processes will cause budget shortfalls.

One factor in the budget shortfall is directly linked to the State Attorney General’s (AG) Office fee for service increase. As of September 1st, 2019, the AG’s  Office implemented a 50%  increase in billing rates. Currently the CSLB uses the Attorney General’s Licensing Division Office to process accusations regarding license violations and citations. Registrar David R. Fogt observed the CSLB’s role regarding penalties and disciplinary actions, stating “CSLB’s focus should center on accusations that provide for discipline to suspend or revoke a license, since that is the most important action for consumer protection.” However, the backlog of pending legal actions to be processed is over 900, with  a majority of those issued being citations to contractors for anything from disregarding building codes to the use of deceptive business practices. For the CSLB and AG’s Office to handle a citation that has been appealed by the contractor, it can cost upwards of $10,000. Given the pending budget deficit due to the AG’s fee increase, as well as the costliness for citation enforcement, the Registrar has indicated that the CSLB will lean more heavily on Letters of Admonishment (LOA) for licence incompliance. LOAs are handled internally through the CSLB’s Enforcement Division.

The other, more pressing budget deficit factor is the rapid decrease in license applications and license renewals. It is well known in the industry that workers are not entering the construction field in numbers required in order to  sustain the work needing to be performed. Since the CSLB relies heavily on licensing fees to maintain its financial resources, the lack of licenses issued has led to millions of dollars lost in anticipated revenue. According to Budget Manager Stacey Paul, there has been an almost 7%  decline in licensees either renewed or issued since 2011. In the current fiscal year alone, Paul reports a 3% decrease in renewed licenses. With the CSLB reporting 285,596 contractors in the State, that three percent is over 8,500 contractors not staying in the construction industry. Therefore, with a decline in new licensee appointments and license renewals, the CSLB is losing a large part of their revenue every year.

The CSLB has chosen to request an emergency regulation action for the increase to address the$3 million shortage immediately. As a consumer protection agency, the CSLB is required to request large fee structure changes be properly reviewed internally and then approved by the Office of Administrative Law (OAL) as well as the Consumer Protection Bureau (CPB). Once approved by both the OAL and the CPB, the fee increase request will then lead to a bill to modify the Business and Professions Code Section 7137.  This process is necessary to avoid frivolous fee increases with no oversight, causing undue hardships on contractors. However, in an instance where the CSLB will be unable to perform its core functions due to lack of funds by July of 2020, the OAL will consider an emergency fee increase. This will allow  the CSLB to continue functioning while also compiling the necessary documents to proceed with legislation to mandate the fee changes properly.

The public has a right to comment on the proposed emergency fee increase for five days from the initial notice being made public, according to Government Code section 11346.1 (a)(2).